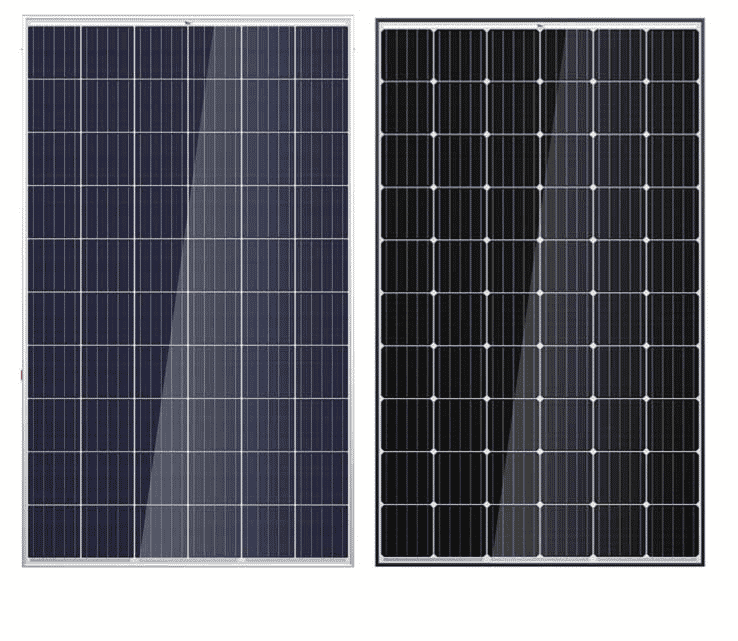 If you do your research on solar energy, you’re going to notice there’s a lot of types of solar panels. Some are paper thin, some are rectangle boards, some are on roofs, others are on carports, and some are on… well, whatever this thing is:

Not to mention the different brands. There’s about 1,700 solar panels listed on EnergySage each claiming to be unique in one way or another. So how can you, a savvy homeowner, make the best choice in solar panels?

Narrowing Down the Selection

Well, I totally understand the analysis paralysis. I’m the kind of person that struggles to decide what type of pickles I want from the store, let alone an entire solar power plant system that will be on my property for the next 25 years or more.

But first, let’s state the obvious: going solar does make sense. It’s a great way to reduce your electricity bills and invest in your property. Did you know harvesting your own energy can increase your property value without affecting property taxes? Many people think going green is a bad idea because panels need sunlight to work, but most utility companies offer net metering, which is a program they offer (at no additional cost) to “store” the excess electricity your system produces and they “give it back” when your panels are not generating enough. Although renewable energy with batteries can make sense without net-metering, this program makes solar a no-brainer.

But it’s tough determining what type suits your property best. Allow me to save you some time by narrowing down the selection. There are three main types of panels: monocrystalline, polycrystalline and film.

A popular option for residential solar arrays, the monocrystalline solar panels are more efficient and durable than their counterpart. They are created by purifying silicon into a single, uniformed crystal through a distillation method known as the Czochralski process. A seed crystal of silicon is created by melting silicon down until purified into a silicon seed crystal used to grow a larger crystal of silicon. Their solar energy lifespan is 25 years or greater.

Producing the polycrystalline type is easier and costs less than monocrystalline panels. Purification process consists of melting the silicon down to its purified state. By not melting the silicon further down into a single crystal, manufacturing plants spend less per a silicon wafer. The solar panel lifespan is roughly the same at 25 years or greater.

Solar film’s thin, flexible material makes it attractive to those that don’t like the bulky, boxy look of solar panels. The thinness makes this type the most lightweight of the three and the easiest to install. The thin film consists of one of the four metals: Cadmium Telluride (CdTe), Amorphous Silicon (a-Si), Copper Indium Gallium Selenide (CIGS), or Gallium Arsenide (GaAs). CdTe and CIGS are known to have some toxicity while the other two, a-Si and GaAs are more expensive than the panels with much less efficiency.

Both types convert sunlight into electricity, but they have a different chemical structure and can be identified based on their different color and solar cell pattern.

Monocrystalline refers to the type of cell, or solar wafer, used in the panel. During the process of developing a solar cell, the silicon is purified into either a polycrystalline or monocrystalline structure of single-crystal silicon atoms. Essentially monocrystalline come from one source of silicon when purified. They appear black due to the light being equally absorbed throughout the silicon crystal. Some articles suggest they have rounded cells, but this not always true. Monocrystalline solar cells can have squared edges.

Whereas, polycrystalline silicon is created from multiple fragments of silicon. The variation of crystals cause some of the light to be reflected, making polycrystalline appear “brighter” in color, thus blue. Manufacturing polycrystalline is cheaper based on the less specificity needed in materials, but creates less room for electrons to move meaning less electricity generated per solar cell. Polycrystalline is cheaper because it is easier to manufacture, but less efficient. Some articles on the web suggest polycrystalline cells are smaller, creating more cells per a solar panel, but this is not true. The only way to identify the difference between the two types of cells is the color.

Here at Solar Edge Pros, we only suggest monocrystalline panels to homeowners, however we can supply and install both types. The first reason being for efficiency , as previously stated. Secondly, they perform better in hotter climates. Polycrystalline panels would only make sense where there is a lot of available land and the weather is cold yet sunny.

Yes, Texas is sunny. No, Texas is anything but cold.

Now that you know the differences between polycrystalline and monocrystalline, let’s put your abilities to spot them to the test! Guess which two panels are mono- or polycrystalline.

Here’s a trickier one:

Can’t tell? They are both monocrystalline solar panels! In fact, they’re both manufactured by Jinko Solar. Jinko Solar is just one of the solar panel companies we use for our installations. Find our top three on our solar panel page.

Half-cell design has been a growing trend in design since 2014. The half-cell module have solar cells cut in half thereby improving their performance and durability. Essentially, more photovoltaic cells (PVs) per an area, the higher output rating and reliability. This is a huge winner for homeowners because it means less equipment (and less dough) needed to offset the electricity bill.

What are the different types of solar panels?

As of this writing, the three most common types are: monocrystalline, polycrystalline, and thin film. Monocrystalline panels appear black due to their single, silicon crystal state which is capable of absorbing a lot of light. Polycrystalline appear blue and absorb less light. Thin film solar panels are relatively new and do not maintain the same efficiency in producing electricity as the former two types.

Which type of solar panel is best for cities and suburban areas?

Monocrystalline works best for those looking to save money with limited space available. Polycrystalline, the cheaper alternative, is considered less efficient. Property owners looking to test out and experiment with solar energy may want to try thin film solar.

Is one brand of solar panels better than another?

Solar technology is constantly improving, so there’s no clear brand better than another long enough to answer this question. We recommend meeting with a solar consultant to learn which brand best suits your energy needs. 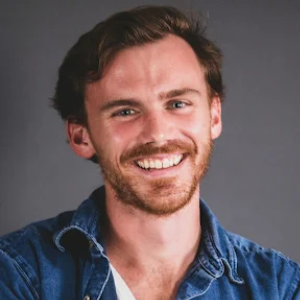 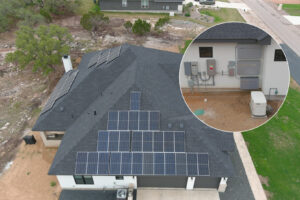